A graduate of Barnard College, Columbia University with a B.A. in Anthropology, Kathleen has absorbed and been inspired by the art of many cultures. Her explorations of African, Asian, Celtic, European and Mexican art have all influenced her output. Geometric shapes, bright colors, and symbolic references can be found in her art. In both figurative and abstract work, Kathleen expresses sensations of consciousness and dream fragments through the universal languages of color and movement. The physical act of creating, feeling the rightness of an arm movement in applying a medium across an expanse of paper, is also pronounced in her work. Kathleen has created a repertoire of pieces through oil transfer, collage, pastel, crayon monotype and watercolor. Her artwork won Best in Show, Printmaking, at the Ellarslie Open XXX 2013, and has been displayed in the Mercer County Artists 2011 and 2013 exhibits. She was awarded People’s Choice Best in Show in the exhibit “A View From Above, A View From Below,” at the Plainsboro Library Gallery, 2012. 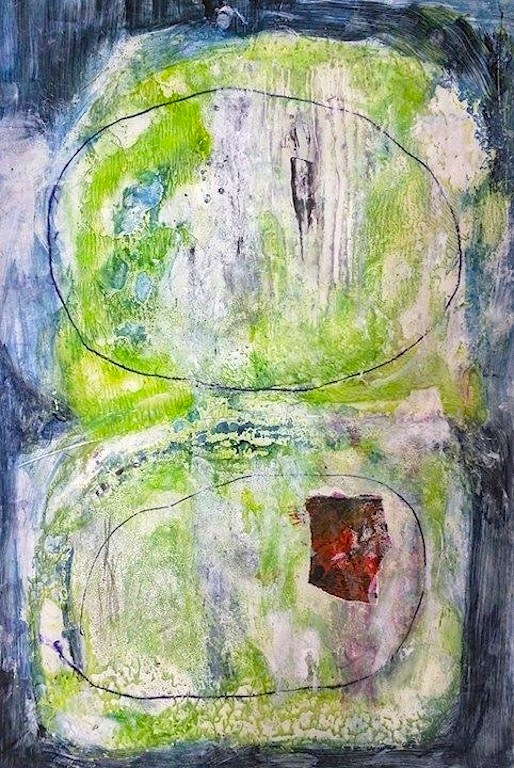